As I've written before, I believed that Joe Biden always had some plan in place to delay student loan repayments and extend the 0% interest and 0 payment forbearance period. The biggest surprise is that student loan payments don't start up again until October. That means, a borrower with only federal student loans will not have had to make a payment for 19 months. That's insane and borderline irresponsible by the Biden administration, which is why I'm predicting he has more announcements ahead. I fully expected student loan forbearance to be extended through the winter and into the spring of 2021, then possibly extended again depending on the status of the coronavirus pandemic, but jumping all the way to October hints at more widespread changes to the student loan landscape.

First, it buys the Biden administration time to develop their own plan around student loans. I fully expect the Biden administration to mirror some of the changes we saw during the Obama administration, which expanded some of the income-driven repayment plans that qualify for eventual federal student loan forgiveness. I see similar changes coming from Biden by October. It affords him just enough time to propose and implement changes, while allowing borrowers time to plan ahead for their upcoming payments.

I think the most likely solution is some sort of small forgiveness, in the $10,000-$50,000 range for all borrowers with federal student loan debt under a certain annual income. It's as simple as distributing the stimulus checks, and would make a significant impact on borrowers with a moderate amount of debt, but considerably low incomes. The next resolution is likely capping the student loan repayment for all federal borrowers at 20 years of repayment for those in the private sector, and 10 years of repayment for those at a non-profit organization (with drastically higher approval rates for those that apply for 10 year forgiveness) regardless of the income-driven repayment plan. No application will be due for those after 20 years of repayments as payments will simply cease and the tax bill at the end will be removed, to align it with the10 year forgiveness in a non-profit.

These slight changes to the current system would be a good first step in what needs to be a nearly complete overhaul of education in the U.S. and will provide a large enough cushion for borrowers to justify the ever increasing costs of school, while not feeling buried by a mountain of student loan debt that they'll never be able to repay. The one thing I am certain of is that the Biden administration picked a September 30th end date for a reason. I guess we'll just have to wait and see.

What a Joe Biden Presidency Means for Your Student Loans

It's easy to see that many people are looking for widespread changes with a Joe Biden presidency. Things like healthcare, education, and housing are more expensive today than they've ever been and no one knows how to fix them, so the people are looking to the government to help. But what does this mean for student loans, specifically for those with student loans, and for those looking to pay for school in the future.  First, in case you haven't already heard, the Department of Education has extended the deferment of federal student loan payments and the 0% interest period until at least January 31st, after Joe Biden will be sworn in to office. Joe Biden hasn't specifically commented on whether the deferment and 0% interest period will be extended past January 31st or not, but my guess is that it will. Even with encouraging news from some of the coronavirus vaccines, none of them are yet FDA approved, and will take several months for wide-spread distribution and vaccina 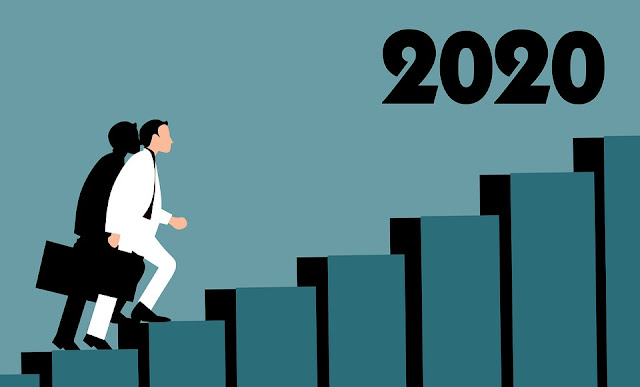 2020 has been a wild, crazy, and difficult year for many people for a variety of reasons. People have been furloughed, laid off, had their business shut down, found themselves sick, and isolated from their friends and family, while 350,000 others have lost their lives. The coronavirus pandemic has effected nearly everyone in the United States in some way. With that said, now isn't the time to beat yourself up about something this is completely out of your control. Financially, I was fortunate enough to get through 2020 while meeting my financial goals , but I sacrificed in other areas. Regarding my health and fitness, for example, my 2021 goals are exactly the same as they were in 2020. Setbacks are ok, and expected in life. What's important is that you identify the obstacles and find solutions to overcome them. Now that we're on the same page, I'll explain a little about my best financial decision of 2020. In October, my 2006 Ford Mustang was involved in a hit-and-ru