Repaying Student Loans: Not What it Used to Be.

on October 05, 2020
A recent article by The Hill has identified the massive changes that have occurred to the behavior of how student loans are being treated in 2020, and what is likely a trend that will continue unless there are some changes made by the federal government. 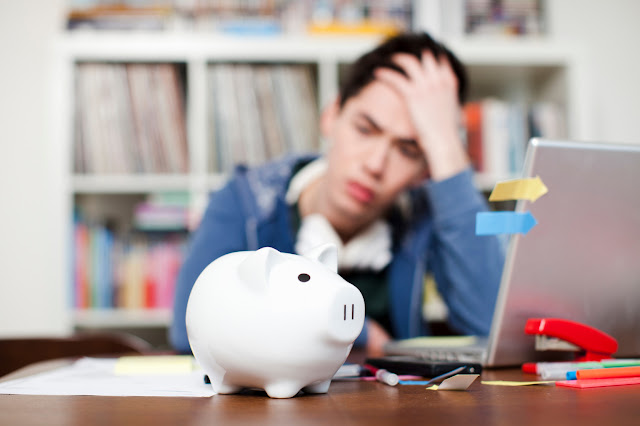 Student loans have become increasingly impactful for younger generations, and completely shape how many view personal debt. Many millennials believe that student loan debt comprises the largest piece of consumer debt, even though student loan debt is vastly outweighed by mortgage debt. A mortgage simply is a luxury that many millennials haven't reached yet. There is already a dramatic decrease in homeownership among millennials, when comparing them to other generations at the same age.
Finally, an most notably, the author continues to provide detail on the changes in student loan borrowing and repayment.

" A payoff strategy for individual borrowers is now beginning to defy the basic rules of personal finance. Individual sacrifice may be fruitless as the expectation of some sort of forgiveness is beginning to alter consumer behavior permanently. For some, these changes are leading people to deprioritize paying their debt. I know of several people using the pandemic grace period to save up for a down payment on a house, or are simply living beyond their means for the time being. For others, it means keeping high-interest federally-backed debt that may be forgiven instead of refinancing into lower-interest private debt."

What's important to note here is that for many borrowers, it simply doesn't make financial sense to repay their student loans. The general cutoff is right around your gross annual income. If your federal student loan balance is higher than your annual income, it's likely a better financial decision to seek student loan forgiveness and not consolidate your loans. If your loans are lower than your annual income, it's probably best to pay them off as soon as possible. As student loan balances continue to grow, there are more and more borrowers who are incented to pay back as little as possible after graduation, and similarly, to seek jobs with lower taxable incomes, since their adjusted gross incomes are used when calculating student loan payments.

In addition, and more importantly, the current student loan system encourages students to take out as much in federal loans as possible! Sounds ridiculous, but it's not. If you're a student now, or have been recently, you probably recall hearing your financial aid officer telling you to borrow as little as possible, and make payments while you're in school, but for many students that's a massive waste of money. If your student loan balance is going to be vastly higher than your annual income, and you're going to seek student loan forgiveness after graduation, there is very little penalty for taking out as much in direct federal loans as possible while in school. I wish I had when I was in school. I could have turned the heat on in the winter and eaten a lot less cheese sandwiches and simply focused on school instead of working enough to make ends meet.

The only potential downside of maxing out federal direct loans is the potential tax burden at the end of non-public service student loan forgiveness. My personal approach is to save up aggressively for the pending tax burden, but I realize that many of my colleagues don't have the luxury of saving up for this payment. That being the case, I see the tax burden likely going one of two ways. One, the IRS will restructure the amount due into another payment plan, likely over 10-20 years. I'm not sure we'll want a bunch of 70 year olds paying back debt from their student loans, though, and by that time, if nothing has changed, the higher education system will likely be a shell of what it is today, with only a few schools remaining for the wealthiest of the wealthy. Two, and what I believe is most likely, is that the federal government intervenes sometime in the next 10-20 years and simply makes all student loan forgiveness tax free. The government and economy needs 50 and 60 year olds spending money, not living paycheck-to-paycheck saving up for a tax burden from student loans. sd